Click & Collect Now Available - weekdays from 9am to 2pm.

Skip to the end of the images gallery

Skip to the beginning of the images gallery

As the most advanced electronic chain oiling system in the world, the Scottoiler eSystem v3.1 is designed for the biker who wants total control over their bike and it's health - this including ultra-precise chain-oiling, of course. Connecting to your bike's battery, the eSystem LED Display sits between your handlebars, allowing you to adjust oil flow-rates with ease.

The eSystem reservoir can be easily installed on the frame of the bike, with dispenser, cabling and oil provided to easily fit the dispenser above the sprocket face for optimal lubrication.

Self-calibration is now introduced, allowing you to get to what matters most quickly - riding hassle free! As well as this, further flow-rate settings have been introduced primarily at the lower end of the scale to allow for more precision particularly in wavering climates.

Furthermore, following popular demand, the eSystem v3.1 now retains all pre-established settings, even when disconnected from the battery! Leaving your bike over winter? Holiday planned? It's now even quicker to get on the road and not have to worry about adjusting your settings - unless you want to.

The Scottoiler chain oiling system was invented by Fraser Scott in the late seventies to lubricate the chain of his Suzuki 750 on weekly rides from Glasgow to Manchester. A key moment arrived in 1983 when TML manufactured 10,000 chain oiler systems which were launched at the NEC Motorcycle show the following year. Fraser perservered with selling the chain oiler kits from his home until word of mouth amongst bikers allowed him to expand the business, leading to a partnership with BMW Motorrad who sold the Scottoiler as an official accessory. Scottoiler is still manufacturerd in Glasgow to this day, being sold and exported to over 40 countries worldwide.

What's in the box?

Why buy from us?

At MPW we strive to provide the best quality goods and excellent service to our customers. As avid bikers ourselves we understand the desire to maintain and upgrade your bike with products you can trust. We source our products from some of the industry's most recognisable brands as well as manufacturing our own range of cost-effective replacement parts. Choose us today and we'll be with you for the long haul!

Write Your Own Review
New Products 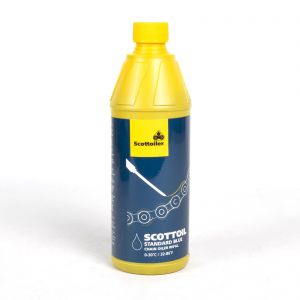 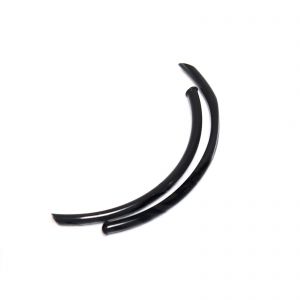 Scottoiler Injector Tubes Curved (Pair)
Be the first to review this product
£1.99
Add to Wish List Add to Compare 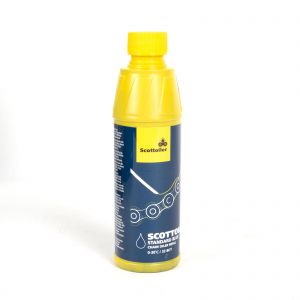 Sale
Scottoil - Standard Blue (250ml bottle)
Be the first to review this product
Special Price £10.99 Regular Price £11.99
Add to Wish List Add to Compare
This websites use cookies. By continuing to browse the site you are agreeing to our use of cookies.
Allow Cookies More information