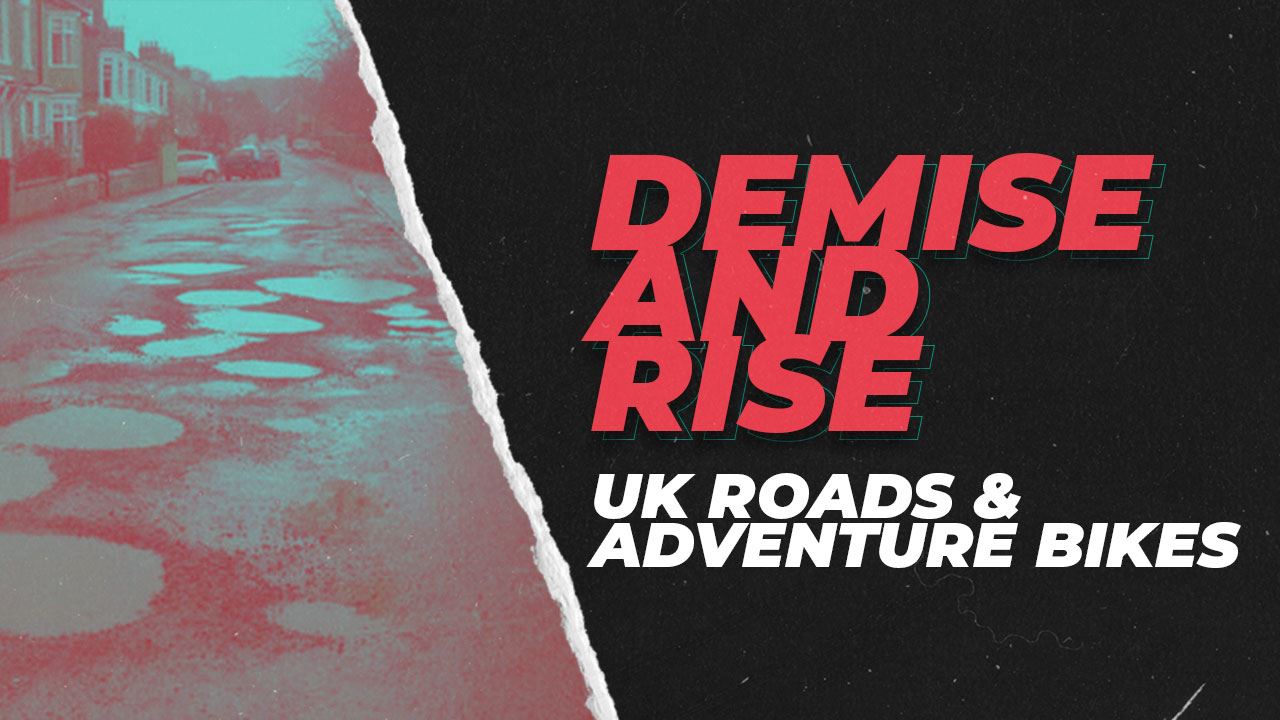 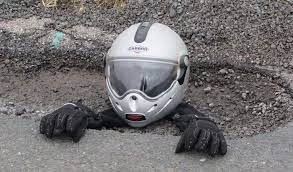 The ‘Adventure’ motorcycle has become increasingly popular in the last ten to fifteen years and is now well established as one of the leading and most fashionable types of motorbike to own. Many link this rise in popularity with the exploits of Ewan and Charlie on their long way up, down and around-the-world travels. In contrast the once dominant sports bike sector has taken a bit of a hit.

But I think the rise of the Adventure bike sector is coincidental not only with the exploits of Ewan and co, but also with the demise, or should I say disintegration, of UK roads. It does vary according to where you live, but around here in the southeast of England, supposedly a wealthier part of the country, the state of the roads is, to be honest, appalling. And I believe this has just as much to do with the demise in popularity of sports motorcycles and the rise in the desire for bikes with off-road capability as the exploits of celebrity adventurers, and not necessarily because adventure bike owners are riding their bikes to far-flung corners or off-road, but because the bikes have suitably compliant suspension for our dreadful roads.

The point is that riding a sports bike on bad roads is at best uncomfortable and at worst painful. Their suspension is firm and uncompromising and designed for the smooth surfaces of a racetrack. They are not designed to soak up the effects of deep potholes, broken up surfaces and recessed manhole covers. I made the transition to the adventure bike sector because I want a bike with suspension that can deal with all that. But even adventure bikes suffer on the road as you tend to encounter poor surfaces at a much higher speed than you would riding off-road. Even a Honda CRF or a KTM SX would struggle. I have been riding my current commute for almost a year now and negotiating the multitude of potholes, crevices and recessed manhole covers results in a meandering path that should get me pulled for suspected drunken riding. Such is the difficulty in negotiating all these obstacles successfully while maintaining some sort of pace and flow that in all that time I have yet to get to or from work without encountering some form or other of both mechanical and physical abuse. 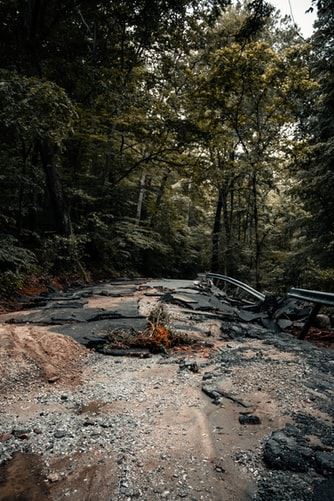 Around here the highways agency has decided finally that they really ought to do something about the roads, but as usual they just do something for the sake of being seen to do something while not actually doing the right thing. And because the something they are doing is the same thing as they have been doing for years, that is top dressing the existing rubbish with a cheap coating covered in loose chippings, they are not solving the problem. All they are doing is sticking on a plaster, and we all know that at the first encounter with adverse conditions plasters come off.

Many of our road surfaces are in the condition they are because previous layers of top dressing simply come unstuck when extremes of heat and cold occur, especially with the ever-increasing volume of traffic, not to mention that certain types of ‘car’ seem to get fatter and heavier by the week. The poor quality of the materials used cannot cope with this. Not only that but even when they are top-dressed the ruts and holes are not filled in first, so when the new layer is applied it drops into them, creating new ruts and holes but with less sharp edges. That I suppose could be a plus, but they don’t stay that way for long. But recessed manholes become even more recessed because the covers are not raised to be flush with the new surface and the new surface cannot cover the cover or you wouldn’t be able to open it. Why are they even in the road in the first place?

Every so often a road is resurfaced correctly and becomes a joy to ride on, but these are so few and far between that many developing countries being ‘invested’ in by the Chinese have much better roads than we do. Of course it all comes down to money, but I am sure that doing the job properly once using proven methods and quality materials is cheaper in the long run than doing it three or four times badly.

I guess what it all boils down to is politics, and when has common sense ever been an applied factor in that field……

But if we do need to adapt to enjoy the ride more, and because we cannot rely on the government to do the right thing, we may need to compromise on the choice of bike we ride, and if that, like Ewan and Charlie, influences the demise of the Sports bike and the rise of the Adventure bike then so be it. Needs must, variety is the spice of life, and a change is as good as a rest, and all that. And if that is your reason at least you cannot be accused of being a fashion victim.

Whatever you ride, take care out there – potholes can seriously damage both you and your bike.